The following line drawings were made by Manuel P. González López, author of the book, Acorazados de la Segunda Guerra Mundial. The Bismarck is depicted as she appeared in May 1941 after departing Norway during Operation Rheinübung. The black and white stripes of the hull and the superstructures were painted over while anchored in Grimstadfjord, on 21 May. The big black swastikas on the fore and after decks were painted over at sea on the afternoon of 22 May. On the very top of the mainmast is the Admiral's flag, and below is the battle flag. This is how the Bismarck looked like during the battle of the Denmark Strait. 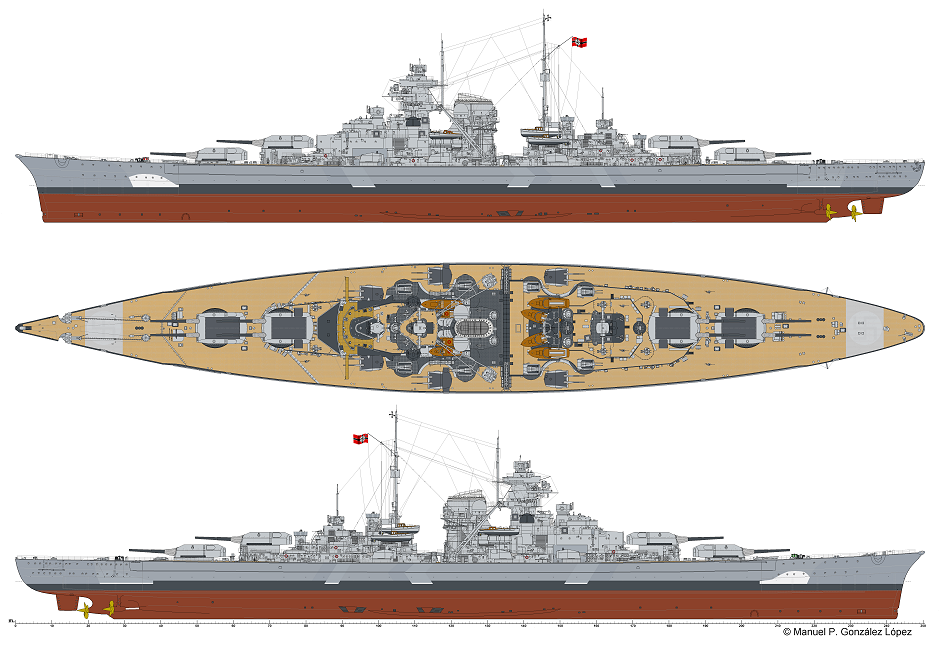 The Bismarck seen from the heavy cruiser Prinz Eugen in the morning of 24 May after the engagement with the battle cruiser Hood and the battleship Prince of Wales.